Whenever we look at maps of the political landscape in the United States, they are always depicted in red and blue, symbolizing the two headed Cartel Party system that controls the US. Two color maps are made possible by Single Member Districts.

I'm dreaming of a Proportional Map made up of lots of colors, more like a William T. Wiley painting, made possible by Multi Member Districts. Perhaps 2021 is the year we break out of limited palette, two color, bipolar thinking, see and embrace the world for all the diversity we have.

Well implemented Proportional Representation systems fairly and accurately represent 95% - 98% of the electorate. Combining features from Mixed Member Proportional (MMP) and Single Transferable Vote (STV) with a two tier counting system, removes all the distortions in First Past the Post, Single Member District elections, removes obstacles to party and candidate ballot access, disperses power, eliminates a host of other issues and puts voters in the driver's seat. Hybrid Pro Rep cherry picks the best features from existing Pro Rep systems in New Zealand, Sweden, Denmark and Ireland. Each voter has their choice of how they want to vote.

In an additional member Mixed Member Proportional (MMP) with an Open List system (mix party and candidates), each elector casts two votes instead of one. On a double ballot, the elector chooses a party of choice and also his or her favorite candidate among those listed. Voters can mix their party and candidate choices. It offers the greatest diversity of voter choice and makes individual candidates within a party accountable. It also precludes choke holds party bosses can exert on candidates in "Closed List" systems. With multiple parties fielding candidates, candidates also have more choice and much greater ballot access. If an office holder doesn't like the direction of a party, that individual can more easily move to another party. It is advantageous for parties to recruit a variety of well qualified candidates for voters to pick from, at least as many candidates as seats in a district. MMP offers easy candidate ballot access through a full spectrum of ideological viewpoints, offering voters a full spectrum of choice.

Hybrid Pro Rep is designed to facilitate voter choice, party and candidate ballot access, and yield accurate outcomes. With a 3% threshold and ranking, at least 97% and as high as 99% of voters will get exactly the party and at least 82.5% will elect candidates they want elected to district offices.

With two ranked votes, one for Parties, the other for Candidates in Multi Member Districts, Hybrid Pro Rep is fully proportional, MMP at the regional level and STV in districts. It's actually all four Pro Rep systems in one; voters determine how they want their votes to count. Each voter can use either one or both of their two votes and taylor a Pro Rep system to fit their needs.

1) Closed Party List: Use one vote only for the party; let's say Party A (for albatross). Let party A determine the list order.

2) Open Party List: (1) Use one vote for party A and (2) use the second vote to reorder party A’s list order by ranking their individual candidates in the district election.

3) Single Transferable Vote (STV): Use only one vote for Candidates at the district level in 7 member districts, Droop STV counting. Candidates can choose to affiliate with a party (to their advantage at the MMP stage) or run as unaffiliated.

4) Mixed Member Proportional (MMP): Mix parties and candidates. (1) Vote for both a Party (A) and (2) use the second vote for ranked Candidates from different parties (A, C & E) for different offices.

Hybrid Pro Rep meets nearly every condition of the UK Good Systems Agreement. It's not the simpleist system, but it may offer better quality results on all the other criteria.

Compare Hybrid Pro Rep voting to going out for a sandwich. Imagine you are hungry and walked into Half Fast Subs on University Hill in Boulder, Colorado, USA. You'll have 7 choices of sub sandwiches, salads, side dishes and deserts to pick from. Imagine each of the 7 choices is a political party and offers a range of options (candidates) inside that food category (party). The biggest party "Meat Specialties" offers 61 candidates to pick from. You can also choose from Cheesesteaks (12), Stuffed Subs (6), From the Sea (9), Vegetarian (25), Salads (17), or Sides & Desserts (8).

There may be a COVID-19 caused shortage of a particular ingredient; not every one of their 130+ sub sandwiches may be available that day. You could rank your choices if that sandwich (candidate) doesn't make the cut, it's under the 3% threshold for that party (perhaps the Constitution Party) or doesn't make the quota in that district.

You can tell the friendly order taker behind the counter (the equivalent of the county clerk):

1) "I feel like meat today. Give me any meaty meat sandwich." The order taker will decide which type of 61 variations of meat subs to feed you. This is a Closed Party List. The list was previously determined by the Meaty Meat Party, when they supplied the restaurant with the list.

4) Your Veggie subs are great. "I prefer the Veggie subs out of all your choices (Party Vote for Veggies). I'll have a 14" Roasted Eggplant on French Bread for here (candidate). Later on, I'm on the road and have a different need. I'll take an Alberquerque Turkey to go (candidate for a different office). I'm planning ahead. For a late night snack, I'll also order a Thai Salad to go (candidate for a different office)". This is MMP, mix and match from the Veggie, Meaty Meat and Salad parties.

Which system do you prefer?

• Hybrid Pro Rep, Multi Member Districts: Huge voter choice, order and get what you want, every time you vote.

Why not use any existing system from any of the 94 countries that use Proportional Representation?

"According to a 2006 survey of electoral system experts, their preferred voting methods were, in order of preference:

I apologize for the alphabet soup of acronyms, but it's a lot shorter to write the acronymn than full names each use.

The two most prominent users of Mixed Member Proportional, Germany and New Zealand, have both implemented MMP with First Past the Post (FPTP) in Single Member District (local) elections. MMP as implemented isn't fully proportional at the district level. Otherwise, MMP is a superb system. MMP as proposed for Quebec is a vast improvement over their current FPTP, Single Member District system, but not as flexible as Hybrid Pro Rep.

Single Transferable Vote (STV) is superb for unaffiliated supposedly non-partisan offices like county sheriffs and county assessors. Cities in the state of Colorado are compelled by state law to have non-partisan elections, making them suitable for STV. It is candidate centric. Candidates can and do affiliate with parties and slates, but the Droop counting mechanism remains the same. STV is the least party centric system. Wasted Votes tend to be higher than with Open and Closed Party List and MMP. HPR's two tier seat allocation combining the top two systems, STV at the district level with MMP at the regional level eliminates nearly all wasted votes.

Open Party Lists are used by two of the top three systems in the EIU Democracy Index, #1 Norway and #3 Sweden. People like voting for parties. 3/4ths of the voters in Sweden vote a straight party list, the same as a Closed Party List, but with Open Lists voters can reorder the party list of their favorite party. The only downside to OPL is the inability to mix parties and candidates from other parties. HPR includes OPL as an option.

Instant Runoff Voting is becoming increasingly adopted across the United States. The typical use is for city councils, but IRV was recently adopted for elections by the state of Maine. IRV is a Majoritarian system, not Proportional. IRV counting is used by HPR to allocate seats for sub 3% parties, until no additional parties can meet the 3% threshold.

Two of the most unstable Pro Rep systems in the world, Israel and Italy use Closed Party Lists. Israel has had 4 governments in the past two years. Italy has had 66 governments since WWII, at an average of one every 1.14 years. Both Italy and Israel are considered "Flawed Democracies, like the United States, in the EIU Democracy Index. Closed lists concentrate power in party bosses, who control the order of the list. They have the opportunity to reward or punish members of their party by their placement on the list. Some people like that. The Israeli and Italian systems are also plagued by ultra low thresholds for parties, effectively 1%. This leads to a lot of parties, 22 in Israel, 15 in Italy. It's a bad combination. A large number of parties and closed lists contribute to concentrated power and instability.

Hybrid Pro Rep meets 9 of the 10 goals of Make Votes Matter "Good Systems Agreement". It falls down a bit on "Simplicity". Vote counting and seat allocation are more complex - but far more accurate reflections of Voter Intent. The tradeoff is well worth having accurate representation and few wasted votes.

Introducing the most advanced

Proportional Representation system in the world:

Do We Have A Lot In Common? © 1999, William T. Wiley, All Rights Reserved. Used with permission.

A detailed rationale for Inclusive Democracy for the 99% presentation. 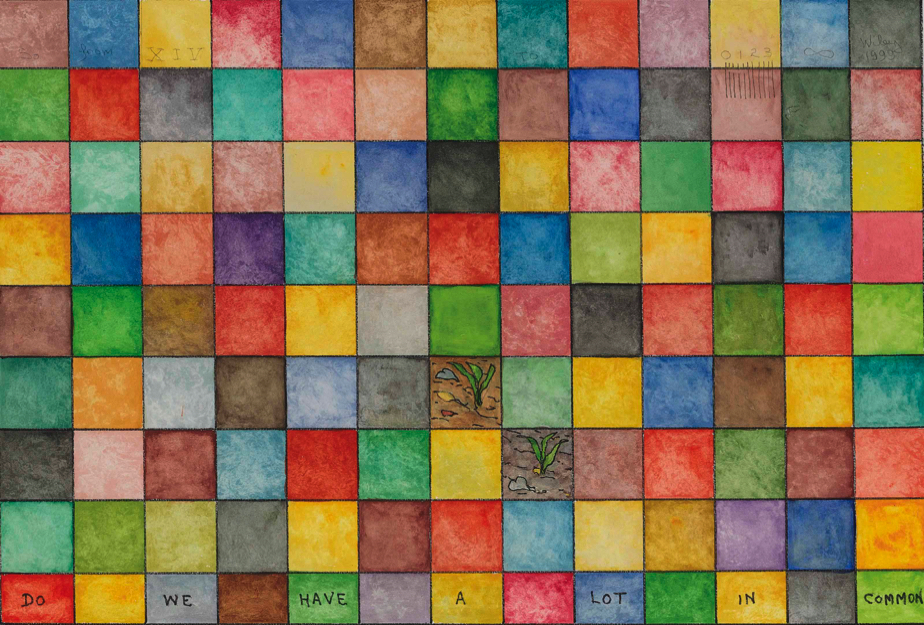