"If elections were open to all classes of people, the property of landed proprietors would be insecure.

... Our government ... ought to be so constituted as to

protect the minority of the opulent against the majority."

- James Madison, quoted during the drafting of the US Constitution, 26 June 1787

Nearly every electoral system in the US is designed to concentrate power and exclude people.

A very small number of people in two organizations control a massive industry called Government. The people who control these two organizations, the two major parties, have formed a corporate and uber wealthy sponsored Cartel. Government is the only industry in the United States that writes its own rules. Designed and institutionalized by their predecessors The Founders, the Cartel maintains a complex multi layered web of impediments to change, obstructions to citizen oriented Grassroots Democracy.

There's a tremendous amount of money involved. The folks who run Government take money from the people who are affected by the rules they write and tax policy. It's a legitimized grifting scheme for corporations and a small, elite class of Plutocrats. Now it's been expanded from American Oligarchs to include Russian Oligarchs. They can do their money laundering in the United States. The Duopoly are not always on the same page, but let's look at the results. All the power is concentrated in the Cartel and their sponsoring corporations and plutocrats. The Cartel has state sanctioned, legitimized control of the trillion dollar plus Government industry in all 50 states and D.C. for the past 160 years. It isn't an accident, it's a designed result. How is it done?

• Gerrymandered districts. Make districts so uncompetitive, voters have only one choice.

• The history of Voter Suppression is rooted in slavery.

2) Candidate Suppression: Takes choice off the election menu before the meal.

• Caucuses and primaries eliminate most candidates and restrict voter choice.

Candidates can win an election at caucus with less than 1% of the electorate voting in one party dominant districts.

Matt Jones Boulder County Commission candidate 11/18 emerged as the frontrunner with 0.17% of 1% of the active vote.

• Third party candidates are marginalized through the Spoiler Effect.

• Poor Compensation for many local and state elected offices limits who can afford to serve.

live under laws created by governments they never elected, because their votes were excluded.

• First Past the Post (FPTP): Single Member Plurality systems fail to match the input of voter intent with the output. They exclude

the majority of people with accurate representation. One individual cannot successfully represent a full spectrum of diverse

• Electoral College skews results in favor of rural conservative states. Devised by Madison to keep slavers in power, 4 of the first

to produce 2 of our last 3 Presidents.

• Legislative bodies in the US are relatively small compared to equivalent bodies in countries with Proportional Representation.

• Individual offices such as President, Senate Majority Leader even County Commissioners have tremendous leverage through

rights. This has devolved into predatory corporate property rights to pollute air, land and water, frack near people's homes

and our kids schools with secret carcinogenic chemicals, supersede our human rights of health and safety, for ourselves, our

• The US Senate. "Landholders ought to have a share in the government, to support these invaluable interests, and to balance

and check the other. They ought to be so constituted as to protect the minority of the opulent against the majority.

The senate, therefore, ought to be this body; and to answer these purposes, they ought to have permanency and stability."

• Article V of the Constitution.

The truth shall emerge from a free debate. -  John Stuart Mill (paraphrase)

8) Control the flow of information:

• Create and control the direction of the Debate Du Jour with a fake news channel: Faux News.

• Deceptive manipulation of social media is tolerated (no fines, no one goes to jail) as long as FB makes money.

• Enable a history of rigged elections that reverse and lag the public will.

Entrenched powers use their power to entrench themselves further. - Joseph Stiglitz (paraphrase)

• The Big Dark Money problem is getting worse, not better.

Colorado, Proposition 71, financed by the oil and gas industry, made citizen initiatives much more difficult and expensive. Only

organizations and corporations with large funding, oftentimes from dark money, can afford to conduct a petition drive and wage

12) Voting Integrity is vulnerable and under attack:

• Voting machines with no paper trail.

Elected officials to a greater or lessor degree, control the allocation of resources and priorities in the districts and legislatures they help or directly administer. A problem will not be acknowledged and addressed by government institutions until it's recognized as a problem. Unacknowledged problems that do not exist in the minds of elected officials and staff, do not need remedies. Jim Crow is a perfect example. Most elected officials I've known have trouble recognizing issues that are not on their agenda, or are inconvenient, like competitive elections.

Politicians shouldn't control the rules that govern their industry. Government needs external regulation just like any other industry. The design of election systems and rules belongs to constituents, not politicians, not large predatory corporations and not groups like ALEC and the NRA.

The cure for many of these ills is Proportional Representation. Fine Grain Pro Rep disperses concentrated power and includes nearly everyone. When elected officials ignore problems, Direct Democracy offers citizens the opportunity to successfully address issues. The Supreme Court should be introduced to something it's never had, democracy.

Examine the structure and issues of Government locally through 22,000+ Home Rule cities and counties. Ask your city councilors and county commissioners to form Good Governance Boards, to go along with Planning and Transportation Boards. Let's bring Democracy to the United States.

How to design predetermined election outcomes. 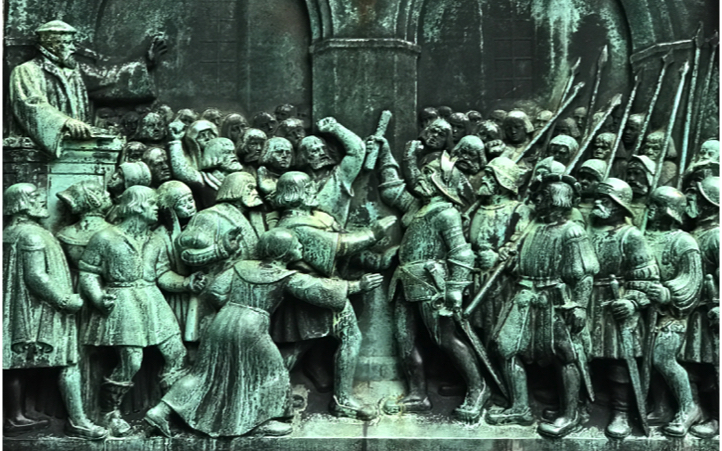